FH Martin has always been known as a leader in the construction industry—we have a strong and historic presence in both the Associated General Contractors of America (AGC) and the Construction Association of Michigan (CAM). We believe this speaks to the respect we have earned from our peers in the industry, and our commitment to improving the industry in which we take great pride.

FH Martin has had four of its leaders serve as the president of the AGC Greater Detroit Chapter:

In an industry filled with legacy family businesses, FH Martin is the only firm to have had three successive generations serve as presidents of this organization.  The Greater Detroit Chapter of AGC merged with the Michigan Chapter in 2007 and now operates as the AGC of Michigan, one statewide chapter. 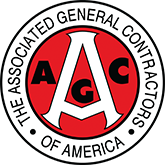 Additionally, Robert Martin served on the Board of Directors of the national AGC and chaired multiple committees. He also served on the Executive Committee and is a past chairman of the Municipal Utilities Division of that organization. The Greater Detroit Chapter of AGC merged with the Michigan Chapter in 2007 and now operates as the AGC of Michigan, one statewide chapter. 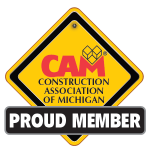 Current FH Martin president R. Andrew Martin Jr. served as the chairman of the Construction Association of Michigan in 2010, becoming the only person to have ever served at the helm of both CAM the local AGC chapter.  Founded in 1885 as the Builder’s Exchange of Detroit and Michigan, CAM is the oldest and largest construction association in North American.  FH Martin’s involvement in CAM dates back many decades. Keith Manglos, son-in-law of Franz Herbert Martin, and president of FH Martin at the time, also served as its chairman in 1973.

In addition to AGC and CAM, FH Martin and their staff members have served and/or are actively involved in a number of other industry organizations, including the Engineering Society of Detroit (ESD), the National Association of Women in Construction (NAWIC); Commercial Real Estate Women, Inc. (CREW); and International Facilities Management Association (IFMA).